At Kenney & Conley, our primary objective in all cases is to maximize the value of our client's personal injury claims. We accomplish this objective through intensive investigation and research prior to commencing the lawsuit, and our long-term success enables us to commit substantial resources to the development of your claims from the very first stages of our engagement. This, in turn, allows us to apply steady and unrelenting pressure on the defense from the time we file suit. If our approach to the litigation of personal injury claims seems beneficial to you, contact our firm for a free consultation.
Contact Us

Legal Experience You Can Count On

Since 1985, we have not only helped our clients recover substantial settlements and jury verdicts for their injuries, but we have also helped develop Massachusetts personal injury law through successful arguments on appeal and through our writing, lecturing, and leadership in professional organizations. 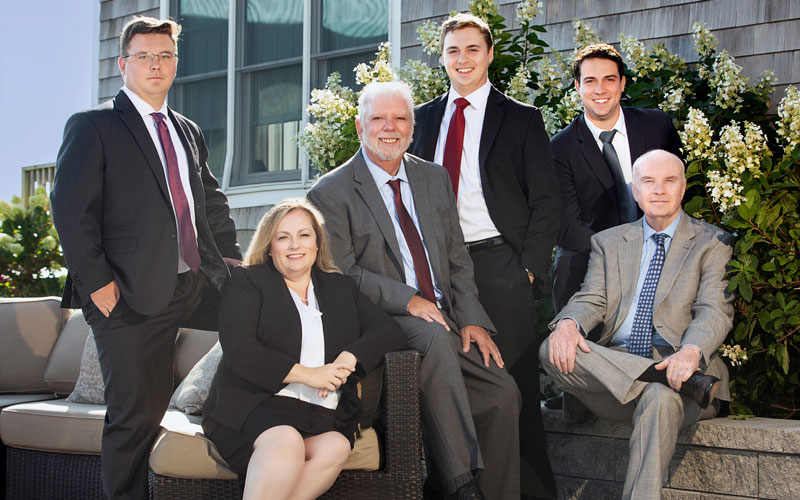 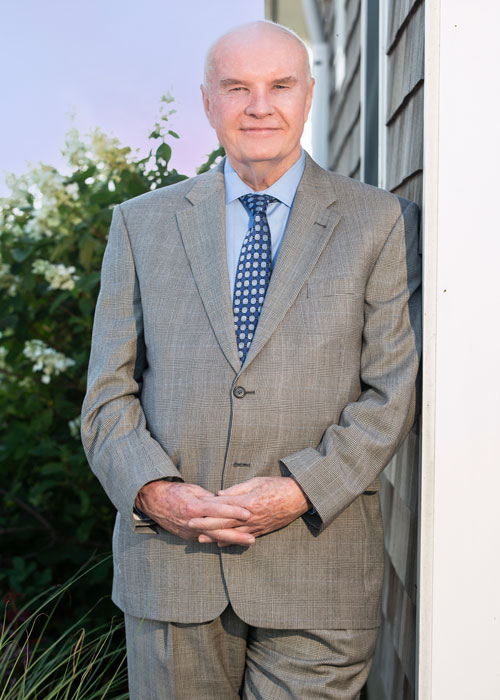 Senior Attorney
781-848-9891
paul@kenneyconley.com
Paul Kenney was raised in Boston, Massachusetts. He graduated from Catholic Memorial High School and the University of Massachusetts. He received his law degree from Boston University Law School, where he developed an affinity for trial work. Paul began to develop his trial skills as a legal intern in the office of the Norfolk District Attorney.
Learn More 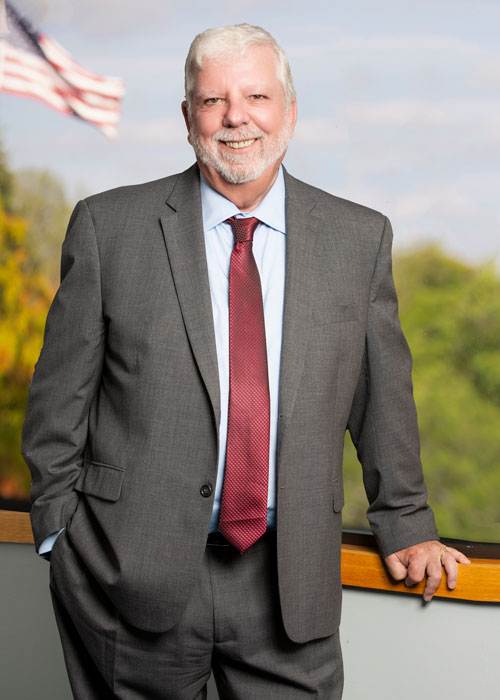 Senior Attorney
781-848-9891
michael@kenneyconley.com
J. Michael Conley, one of the founders of Kenney & Conley, P.C., has dedicated his professional career to advancing the rights of Massachusetts injury victims and their families. He is a fellow of the American College of Trial Lawyers. Martindale-Hubbell recognizes Michael Conley as an AV® rated attorney, the highest such rating available to any individual lawyer for legal ability and integrity.
Learn More 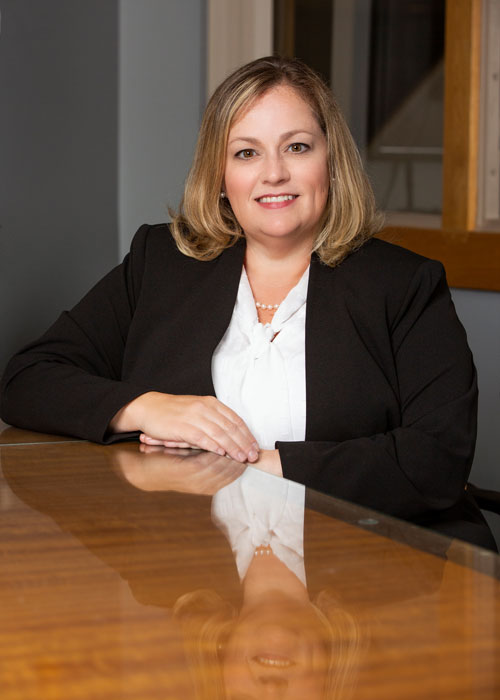 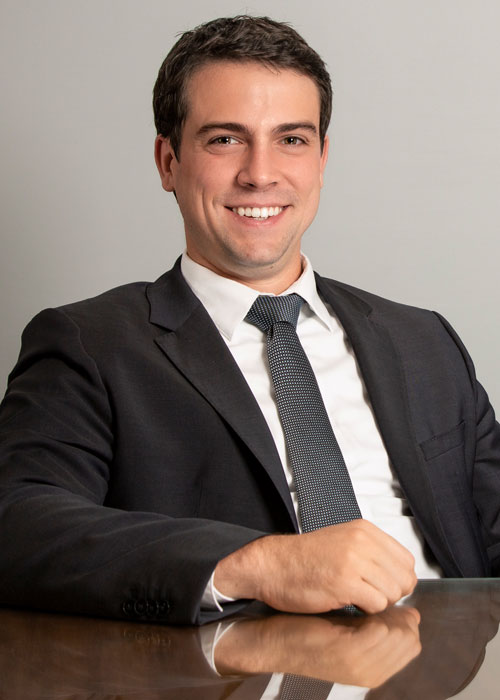 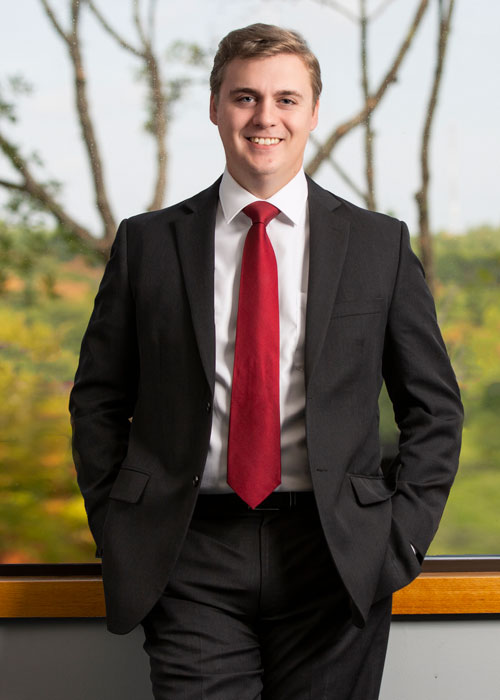 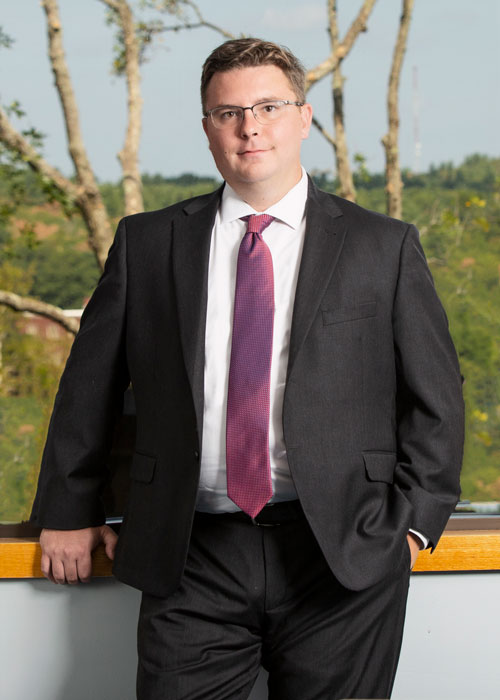 If you need to make a referral of a client in need of highly skilled and experienced personal injury or wrongful death representation in Massachusetts, contact a lawyer at Kenney & Conley in Braintree. Our selective and successful personal injury practice emphasizes the thorough and careful documentation of causation and proof of damages in such areas as:

We can represent your client from Massachusetts or from out of state on terms your firm will find attractive and that will be fair to the client. Under the applicable Massachusetts Rule of Professional Conduct, attorney’s fees can be divided between firms upon disclosure to the client and his or her consent, and if the total fee is reasonable. We offer straight referral fees to be determined at the time of our engagement, and that is payable at the time we collect upon a settlement or jury verdict.

Our experience with attorney referrals in complex personal injury litigation, together with the flexibility of fee-sharing arrangements under the Massachusetts rules, can serve your interests as well as those of your client.

No Fee Until We Win

Call for a Free Case Evaluation

Paul Kenney was raised in Boston, Massachusetts. He graduated from Catholic Memorial High School and the University of Massachusetts. He received his law degree from Boston University Law School, where he developed an affinity for trial work. Paul began to develop his trial skills as a legal intern in the office of the Norfolk District Attorney. After graduating from law school, he accepted a position as an attorney with the Massachusetts Defenders Committee. In 1978, Paul Kenney was invited to join the firm of Murphy, Lamere & Murphy, where he concentrated in trial work. There he developed additional specialties in civil litigation, medical malpractice, wrongful death, and other complex personal injury litigation. In 1985, Paul successfully negotiated one of the first million-dollar settlements in Massachusetts for a failure to diagnose cancer. Thereafter, Paul became a founding partner of Kenney, Conley, Sullivan & Smith, P.C., a general practice law firm, where he continued his litigation practice, specializing in the areas of wrongful death, construction site accidents, personal injury, and medical malpractice. As a partner of Kenney & Conley, P.C., Paul now concentrates on the litigation of catastrophic injury cases in the state and federal courts. He has lectured and written on a variety of subjects related to trial practice, and recently at the request of the Massachusetts Bar Association, chaired a seminar on wrongful death cases, for which he prepared an article entitled Maximizing Wrongful Death Damages From Interview To Verdict. Apart from the practice of law, Paul Kenney has served as the Chairman of the Board of Caritas Communities Inc., a non-profit corporation that provides safe and affordable housing for working men and women throughout greater Boston. Paul is a member of the Bar Association of Norfolk County, Massachusetts Bar Association, and the American Association for Justice.

J. Michael Conley, one of the founders of Kenney & Conley, P.C., has dedicated his professional career to advancing the rights of Massachusetts injury victims and their families. He is a fellow of the American College of Trial Lawyers. Martindale-Hubbell recognizes Michael Conley as an AV® rated attorney, the highest such rating available to any individual lawyer for legal ability and integrity.

In 1982 he joined the firm of Murphy, Lamere & Murphy in Braintree, Massachusetts, where he practiced in the areas of municipal labor law, employment law, and civil litigation. In 1985, Michael helped found Kenney, Conley, Sullivan & Smith, P.C. to pursue his interest in civil litigation and trial work on behalf of individuals rather than corporations and government institutions.

At Kenney & Conley, P.C., Michael Conley concentrates his practice on representing injured victims of negligence and other misconduct. He is a frequent writer and lecturer for a number of organizations, including the Massachusetts Academy of Trial Attorneys, Massachusetts Continuing Legal Education, Inc. (for which he serves on the Civil Litigation Curriculum Advisory Committee), and the Massachusetts Bar Association. He has volunteered his time in educational programs to teach or update other lawyers on topics such as automobile liability insurance, uninsured and underinsured motorists’ coverage, premises liability, police and firefighter injuries, trial practice, and settlement of personal injury cases. Michael has served as an arbitrator in personal injury cases and insurance coverage cases, and frequently volunteers to judge students in trial practice and moot court competitions.

In addition to teaching, Michael attends annual seminars to remain current on the law, and the most advanced trial techniques and approaches. Michael is the Past President of the Massachusetts Academy of Trial Attorneys, having led the Academy in 2013-2014. Before assuming the Presidency, he chaired the Academy’s volunteer Amicus Curiae Committee which prepares and files with the Supreme Judicial Court and the Appeals Court “friend of the court” briefs supporting victims’ rights. In an effort to advance victims’ rights, Michael has written or co-authored more than twenty amicus briefs. He also served as Editor of the MATA Journal.

Michael is one of many MATA trial lawyers who demonstrate commitment to community safety by participating with EndDD.org (End Distracted Driving) in bringing Distracted Driving presentations to Massachusetts high school students and others.

Michael has also been active at home in Easton, Massachusetts. He has been a volunteer coach in youth recreational and travel baseball and recreational and travel basketball. He has provided pro bono legal services to various local non-profit organizations. He is a past President of Easton Babe Ruth League and a past Chair of The Foundation for Excellence in Education in Easton (F.E.E.E.), a non-profit organization that raises funds for the benefit of the students in the Easton Public Schools.

Benjamin T. Carroll joined Kenney & Conley P.C. as a law clerk in 2016 after finishing his first year of law school and became an associate attorney in 2018 after graduating from law school. Benjamin is currently admitted to practice in Rhode Island and Massachusetts.

Additionally, Benjamin was a member of the Accelerator-to-Practice Program and Clinic at Suffolk University Law School. Through the Accelerator Clinic, Benjamin was able to work as a 3:03 certified student attorney during his final year of law school and handled residential housing and consumer protection cases. Ben is presently an adjunct professor at Suffolk University Law School teaching Advance Practice Skills.

Benjamin is a personal injury attorney and regularly represents clients who have suffered catastrophic injuries. He focuses his practice on workplace injuries, auto accidents, medical malpractice, premises liability, and airline accidents. Benjamin strives to always be available for his clients and regularly meets clients at our office in Braintree or in their homes.

Benjamin resides in North Easton, Massachusetts with his wife Jordan, daughter, and his two pets.

John Ford first came to Kenney & Conley, P.C. as a law clerk during the summer following his first year of law school. He returned to the firm the following summer and remained there throughout law school before eventually joining the firm as an attorney in 2019.

John views his practice as a means through which he can contribute to making our society a safer and more just place, seeking accountability when carelessness results in needless injury, pain, loss of life, and suffering. His practice covers all aspects of his cases, from initial claims practices through litigation in state and federal courts. His work experience encompasses a variety of personal injury practice areas, including construction site and worksite injuries, motor vehicle collisions, trucking accidents, premises liability claims, insurance coverage issues, and unsafe product litigation.

He is also particularly passionate about consumer protection cases, especially the prosecution of claims of unfair and deceptive business and insurance practices. Lastly, he is specially drawn to insurance coverage disputes, and has co-authored briefs to the U.S. Court of Appeals for the 1st circuit, as well as an amicus brief to the Supreme Judicial Court of Massachusetts, successfully arguing on behalf of an insured individual to establish insurance coverage for injuries in an underlying lawsuit.

John is a proud member of the Massachusetts Academy of Trial Attorneys and is licensed to practice in all State and Federal courts within the Commonwealth, as well as the State Courts of New Hampshire.

Christopher Conley has worked at Kenney & Conley in various capacities since 2006. He officially joined the firm in 2016 and became an attorney in 2021. Throughout his time at Kenney & Conley, Christopher has been exposed to and involved in all stages of civil litigation. Chris has participated in a broad swath of cases including construction accidents, slip and falls, motor vehicle collisions, medical malpractice, nursing home negligence, and insurance coverage cases.

Christopher is a third-generation trial lawyer and is involved in multiple legal advocacy groups. In addition to his legal work, Chris prides himself on giving back to the community. He sits as the legal representative of the BAMSI Human Rights Committee in Brockton, Massachusetts and is on the Board of Governors for the Old Colony YMCA Easton Branch. While in law school, Chris spent two years participating in Street Law in Providence, Rhode Island where he was able to work with 6-8th graders educating them on their rights and best practices for a variety of situations including police interactions. Chris has also worked with End Distracted Driving to put on a seminar for a South Shore-based auto dealer group.